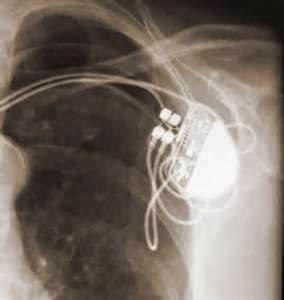 It’s a device that has been around for years and has helped those with Parkinson’s disease, epilepsy, cardiac issues, and other illnesses. Now, the pacemaker is being tested for a new role: slowing down the symptoms of Alzheimer’s disease.

This recent news article from The Baltimore Sun highlights the work of a new Johns Hopkins University study. Per the piece, “Doctors at Hopkins and four other medical institutions will spend the next year implanting pacemakers in the brains of 40 patients with early-onset Alzheimer’s as part of a clinical trial looking at whether deep electric stimulation of the brain can slow down or reverse memory and cognitive declines.” Dr. Paul B. Rosenberg, who is directing the research efforts, says the goal of implanting these pacemakers is to “drive the memory circuit and make it work better and more efficiently.”

Interested in working with those who have Alzheimer’s? Why not learn more about what it takes to be a Mental Health Aide?