The Changing Face of Alzheimer's 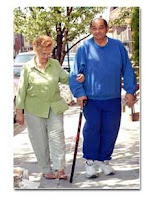 For years, Alzheimer’s has been closely linked to dementia and the elderly in the public’s perception. Thanks to recent treatment options, and a greater understanding of the disease, this is beginning to change. Early-onset Alzheimer’s has grabbed media attention and is showing everyone a different side of the disease. It’s no longer limited to frail, elderly individuals in managed care settings. This article from the Chicago Tribune shows how many Alzheimer’s patients are continuing to live fulfilling lives while managing the symptoms of the disease.

“Alzheimer’s can progress at different rates, with many younger onset patients remaining engaged and enthusiastic for years after the diagnosis, experts say. That message got a major boost when Pat Summitt, 59, the University of Tennessee’s legendary women’s basketball coach, recently announced that she had symptoms of Alzheimer’s but pledged to continue coaching.
“I love it that people like (Summitt) are out there saying they have it,” said Nicole Batsch, director of early stage services at the Alzheimer’s Association-Greater Illinois Chapter in Chicago, supporting patients going through the first phase of the disease. “It will help reduce the stigma. For patients, it will help them recognize symptoms.”

What Are Your Work Values?

What Are Your Work Values?

Customer Service Tip Of The Week

Customer Service Tip Of The Week

How to Start Talking About Addiction

Navigating Your Way During A Hospital Stay