Does Forgetting Words Signify the Beginning of Alzheimer's Disease?

05 Feb Does Forgetting Words Signify the Beginning of Alzheimer's Disease? 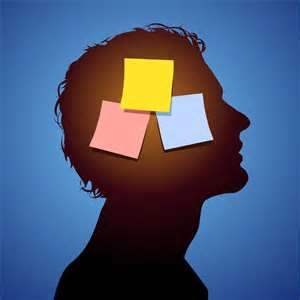 Has your memory failed you today, such as struggling to recall a word that’s “on the tip of your tongue?” If so, you’re not alone.

The study’s participants completed a checklist of the memory errors they had experienced in the last 24 hours, as well as several other tests. About half of them reported making other errors that may be related to absent-mindedness, such as having to re-read a sentence because they forgot what it said, or forgetting where they placed an item.

The findings, which appeared in the journal Aging, Neuropsychology, and Cognition, may help brain-training programs target the memory problems people experience in daily life.

“Right now, many training programs focus on the age differences in memory and thinking that we see in laboratory studies,” said Cindy Lustig, University of Michigan psychology professor and the study’s senior author. “However, those may not translate to the performance failures that are most common in everyday life.”

According to Lustig, when people are tested in the lab and have nothing to rely on but their own memories, young adults typically do better than older adults. “When we looked at how people performed on standard laboratory tests, we found the usual age differences,” she said. “People in their 80s and 90s performed worse than those in their 60s and early 70s.”

However, when these studies are conducted in real-world settings, older adults might even outperform young adults at things like remembering appointments, because seniors are likely to use memory supports such as calendars, lists and alarms. The researchers found no increase in the “real-world” memory errors, based on age.
This research may help brain-training developers better target the errors that people make even if they are using memory supports. Said Lustig, “We wanted to identify which errors still occur despite changes people might be making in their environment and routine.”

To Read More and the Original Article.

Learn more about how to find or post a job at WeCareOnline’s forum.